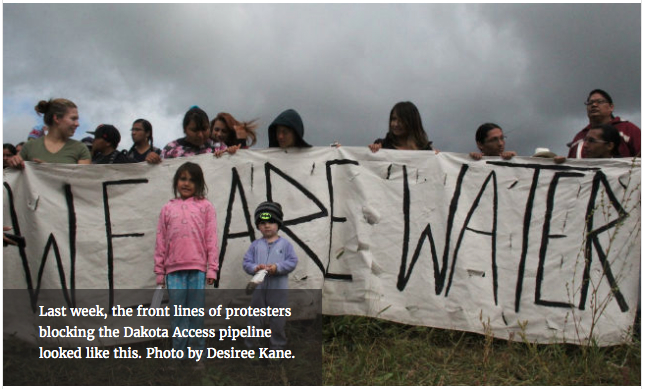 You know that feeling you get while the wind howls outside your window during a winter storm? That feeling of being so close … to so much power. It almost takes your breath away. That’s how I feel when I dare to add a petition of my own in the “open time” during our prayers of the church on Sunday morning.

This is not mere nerves. As a teacher and frequent guest lecturer, I do public speaking all the time. So a one-minute prayer from my church pew is hardly cause for a racing heart.

It’s also a bit strange since I find most of the prayers fairly … tepid. That’s probably just me. “Lord, in your mercy.” “Hear our prayer.” The words conclude each petition with a reverent monotone. I’m sure the church means well, but I often feel when we pray as a whole church that we mouth the words almost by rote, barely aware of what we pray for—and with absolutely no recognition that in this moment we are so close to such raw power.

Maybe everybody else gets that, but most of the time it’s lost on me. Until I choose to pray myself. Then, in the moments before I open my mouth, I sense just how much Sheer Possibility is right there.

Sheer Possibility. Raw Power. Howling Wind. I don’t know how to speak of it very clearly, but I sense it unmistakably right down to my bones. My hearts races, my breath catches, my muscles tighten. I even catch whispers of a voice inside me seeming to ask, incredulously, “Are you really going to do this? Pray? Here? Now? Do you dare?”

All I know in this moment is that I am swallowed by Presence. I don’t imagine a “big person” or “superhuman” God up in heaven listening to each prayer and holding up a red or green card in response. I don’t think of God or prayer like that. And, if there is a cause-effect dynamic to prayer, it is surely NOT that direct.

C.S. Lewis captures something of this in the Narnia Chronicles. There’s a scene in The Lion the Witch and the Wardrobe, when the Beavers are telling the children about Aslan, the Lion who is the Christ-figure in the tale. One of the children asks, hopefully, whether Aslan is a tame Lion. But the Beaver responds abruptly, “Of course not! But he’s good.” The point is that Goodness has nothing to do with being tame.

The same is true of the Power into whose Presence we come during communal prayer. (I suppose this is true during personal prayer as well, but my awareness of it is most acute during petitions voiced in the midst of a gathered community. Whatever happens in this moment, it means daring to step into the rush of a Howling Wind. And who knows where that Wind will carry our words—or our lives—from there? This Windy Presence may be infinitely Good, but it is least of all tame.

Well, I stepped to the edge and I prayed this:

O God at the beginning of creation your spirit moved over the face of the deep; at the baptismal font your grace splashes wet over us today; and in your New Jerusalem the River of Life flows for all people.

Stand now with your children at the Sacred Stone Spirit Camp in North Dakota, as they protect the living waters of the Missouri River from the perils of the Dakota Access Pipeline. And stir us, O God. Make us restless in our souls. Put conviction in our words and resolve in our actions. For truly the earth is yours and the life-giving waters of the Missouri River—of every river—are meant for the wellbeing of communities not corporations.

Strengthen the prophets you have raised up in these days among the Sioux Nation. Open our ears and our hearts to their witness … before it is too late. God of living water—

(and the people responded, “Hear our prayer.”)

I had to wrestle the words out, each phrase chosen for its provocative power, but still seeming reluctant to find speech. Prayer isn’t about word choice, per se. But in community it is important to set your prayer within the recognizable story of your people. Especially if your prayer runs contrary to the national interest. If your prayer aims to challenge the powers and principalities whose (corporate) plans count on timid Christians to keep to the sidelines, in both their liturgy and their lives.

So I couched my prayer in the story of God’s relationship to water, past, present, and future: in the beginning, in baptism, and in the New Jerusalem. And lest Energy Transfer Partners (the corporation involved), the State of North Dakota, or the Army Corps of Engineers forget, God has a vested interest in water that takes sacred priority over the profits promised (some would say falsely) by this pipeline.

Because naming matters, I named the Native peoples gathered at the Sacred Stone Spirit Camp as God’s children—and therefore kin to us. I said out loud—because bringing truth to speech is often the first step in acting on it—that the earth is God’s and that it’s life-giving waters are intended foremost to give life … to people as well as to flora and fauna. And such God-given intent cannot be ruled void simply because pipeline permits are granted.

Finally, I named those gathered (and for the first time in 140 years, those gathered included representative of all Seven Council Fires of the Sioux Nation) prophets. For truly, not only on behalf of the peoples and their land, but also on behalf of the living God, they call on us to turn back from our litany of deeds that despoil the earth.

Having prayed, I settled—unsettled—back into my seat. Speaking truth is a good thing. Doing 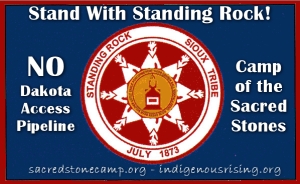 truth is better. Today, about 500 miles to the northwest of St. Paul, a growing band of largely Native but also some non-Native people have decided this is their moment to do truth. I’m unsettled enough to know my moment is coming. Maybe yours is, too.

To learn more about the prophetic witness at the Sacred Stone Spirit Camp here are a few selected articles: David Archambault II, the chairman of the Standing Rock Sioux tribe; Bill McKibben, founder of 350.org and a leading environmental scholar-activist; Mark Trahant, a Native American journalist; and a statement by Elders and Leaders at the camp itself.

David R. Weiss is the author of When God Was a Little Girl, a playfully profound and slyly subversive children’s picture book (Beaver’s Pond Press, 2013; www.WhenGodWasaLittleGirl.com) as well as To the Tune of a Welcoming God: Lyrical reflections on sexuality, spirituality and the wideness of God’s welcome (2008, Langdon Street Press). A theologian, writer, poet and hymnist, David is committed to doing “public theology” around issues of sexuality, justice, diversity, and peace. He lives in St. Paul and speaks on college campuses and at church and community events. You can reach him at drw59mn@gmail.com and read more at www.ToTheTune.com where he blogs under the theme, “Full Frontal Faith: Erring on the Edge of Honest.”

4 thoughts on “On Prayer, Presence, Pipelines, and Provocations”